The dedication and passion for farmers of the leaders of Swabhimani Shetkari Sanghatana, has reached such a commanding place in the hearts of farming community of western Maharashtra, that a single call is enough to standstill the giant crushing arms of sugar factories of the state. The millions of farmers joined the ‘Determination March’ [ Nirdhar Yatra] forgetting their political affiliations and braving the powerful sugar and Milk lobby of politicians ruling the state.
The rescue operations lead by SSS team during recent flood and sting operations on corrupt babus have added feathers to the profile of Raju Shetti and SSS. The realization that mere reactionary acts and occasional outbursts cannot dismantle the deep rooted corruption in the system, Raju Shetti has floated, Swabhimani Paksha, a political avatar of SSS, which has made inroads in recent elections of local self government bodies in western Maharashtra.
“Gentlemen shed the cowardice, and join the politics. Then only, the dirty drainages of politics will be cleansed off.” The catch line of Swabhimani, says it all. 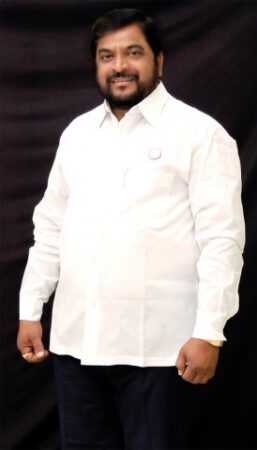