Personal Details :
Born in a poor family of farmers, the political journey of Mr.Raju Shetti from an ordinary farmer upto the parliament was full of innumerable difficulties, hardships and multi dimensional problems. He has acquired this success of entering into the parliament with flying colors only with his utmost devotion to his work and his intense desire to act for the welfare of common man in general and for poor farmers in particular. He has to face innumerable hardships and has to tolerate all sorts of suffering in achievement of his above stated desire noble goal. Despite lot of suffering for accomplishment of said goal he never separated himself from company of poor farmers and consistently endeavored for the protection and safeguarding the vital interest of the farmers.
Mr. Raju Shetti’s domestic, financial conditions were very critical. In spite of this he had completed his diploma in Mech. Engg in 1985 and was searching for job. Destiny did not allow him any such attempt as in the same year his father expired. He was compelled to look after his farm cultivation for the livelihood of his poor family.

Struggling Work Journey :
During the course of his farm cultivation he witnessed some of realistic and critical problems which an ordinary poor farmer has to face. As a result this he was attracted and fascinated by the ideology of Mr. Sharad Joshi’s Shetakari Sanghatana and became active participant of said organization. Mr. Raju Shetti was very aggressive in presenting and propounding the real problems of the farmers. Because of his undoubted fighting spirit he became the president of Shirol Talk Shetakari Sanghtana. In this tenure as president he launched a huge agitation against zone bandi policy in the year 2000 Mr.Raju Shetti was the working president of Shetakari Sanghatana and successfully managed the organizational session at Miraj. As a result of grand success he was appointed as president of Shetakari  Sanghatana for western Maharashtra region and became very popular in whole of state of Maharashtra. 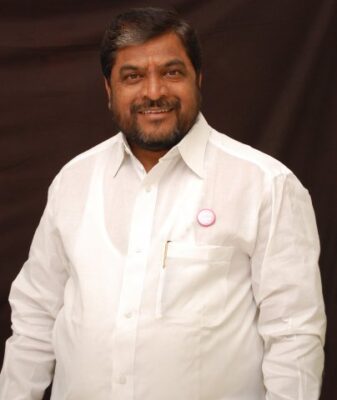 About Shetkari Sanghtana :
In  year 2001 he fought an election for Zilla Parishad from Udgaon constituency & won. During the elections he strived to present number of problems related to farmers as well as common man and attempted to solve them for the betterment of the society. Thereafter meanwhile some disputes arose between Mr. Sharad Joshi and Mr. Raju Shetti. Mr. Shetti preferred to say good bye to Joshi’s Shetakari Sanghtana and founded new Shetakari Sanghtana as ‘Swabhimani Shetakari Sanghatana’. Here Mr. Shetti full fledged and whole heartedly involved himself in agitation for getting an affordable rate to sugarcane growers. He vehemently and categorically insisted that until and unless affordable rates for sugarcane are not given to sugarcane growers the future of sugarcane production is bleak and dark, as such cultivation of sugarcane farming is totally detrimental to the financial and social interests of farmers. His said agitations gained lot of momentum among the farmers and also the threatened and existing government.

Political Life :
Mr. Shetti then realized that unless political power is with him, it would be very difficult to build pressure groups for farmers who are not united for their cause, with the same intention he decided to fight 2004 assembly elections from Shirol Constituency in spite of many odds and evils, financial crisis Mr. Shetti emerged victorious in the said election with the huge support of farmers and common man. He became very popular MLA and again fought number of agitation for farmers. He was badly beaten by the police During agitation and he sustained  serious head injuries, but fortunately he survived by the blessing of lot of his supporters.  Thereafter he proved to be the hero of farmers.Mr Shetti decided to contest the Lok Sabha election in 2009 from Hatkangale Constituency. Initially nobody paid any heed to his candidature as his constituency happened to be strong hold of NCP. Mr Shetti was confident of his success because of his continuous social work as well as number of agitations, which he organized for the improvement of life of farmers. Neither he had money power, nor muscle power at this credit that was power of the people. It is with this power he fought Lok Sabha elections on the plank of social progress of justice to the farmers and at last Mr. Shetti got reward for his clean image, dedication to the society and desire for well being of farmers and common man. He emerged victoriously as MP with thumping majority from almost all parts of constituency.
One can only say his victory is nothing but “truth alone triumphs” 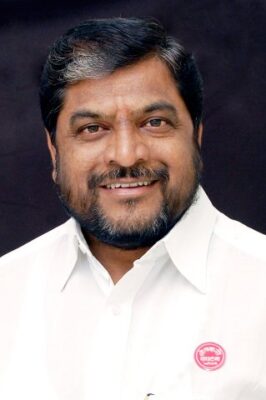